Note: Students in Media Marathoning created blog posts to extend our understanding of heroes and villains. This one comes from Chase, Cole, Elizabeth, and Gabby.

Even though villains and heroes are often seen as adversaries, heroes often have a tangible or metaphysical “6th sense” that links them to their villain. This connection can be seen in Harry Potter, and X-Men, where the heroes all use the information gained from the “6th sense” to defeat their villains. These tokens supplement the personal characteristics and morality of the hero by placing them in closer contrast with the warped amorality of the villain.

The “6th sense” originates with the villain but is transferred onto the hero. This bond is ultimately dissolved when the villain is defeated.

In Harry Potter, the hero has several manifestations of the “6th sense,” including his wand, which is the twin of his enemy’s wand, his ability to speak parseltongue and his scar. Each of these objects or characteristics creates a bond which enables Harry to be privy to uncommon information about Voldemort and his actions.  Ultimately, both Harry’s wand and his ability to speak parseltongue become useless after the defeat of the villain and, even though his scar still remains, it no longer serves its previous function as a warning that Voldemort is on the move.

In X-Men, protagonist Wolverine uses his army dog tag and adamantine claws, both physical manifestations of the “6th sense”, not only to rediscover his past but to reconnect with his villain. Given to him by the secret military organization which transformed him into a weapon, these “6th sense” based objects allow Wolverine to remember and combat the actions of his creators. At the end of the latest installment, these objects are rendered meaningless after the defeat of the villain, thus returning Wolverine to his pre-experimentation status as Logan and reverting his mutation back to its original bone material. 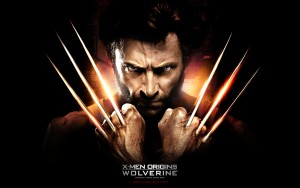 No one is wholly good or wholly evil and these “6th sense” connections illuminate that. Instead, good and evil are almost always present to varying degrees. As a result, the complex interactions between good and evil shown by the “6th sense” inspires readers not only to be more understanding of others, but also to be more aware of their own moral decisions.