I rarely turn on the TV to watch TV any more. If not for upstate New York’s fickle weather, it is possible I would never watch “live TV.” When I’m not trying to figure out how to dress my kids for the day, streaming services, DVDs, and downloads, are my go-to content sources. Because of stockpiling and cord cutting, television watching can be both more efficient and more cost-effective. 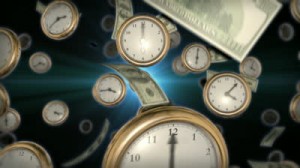 My relationship with television is not unique. Many media marathoners have “cut the cord” (eliminating cable and choosing to use an antenna and/or streaming services). According to a USA Today article, the Nielsen Company estimates that over 5 million households have cut the cord as of 2013, up from 2 million in 2007.

Cord cutting promotes stockpiling (waiting for a full season or full series to be released before one watches) because it keeps programs off one’s radar and minimizes the temptation to watch piecemeal. Dozens of media marathoners in my study engaged in the practice of stockpiling. Marathoner Jeff captured the stockpiling phenomenon when he explained, “I tend to search for shows that have already aired multiple seasons that I have not seen before so that I can move through the episodes rather quickly.” Good-bye, commercials.

I have been reluctant to claim that television as we know it is dead, but I think hospice has been called.

Streaming site Hulu recently announced additions to its “Binge TV” catalog. Hulu’s CEO, Mike Hopkins, was  quoted in The Wall Street Journal saying, “The value of a current season to us as a limit.” Television has traditionally been a “catch it when you can” medium, employing what P. David Marshall describes as a “paternalistic form of delivery.” But now that television viewers have greater choices of how to watch, content providers are responding by giving viewers a greater choice of what to watch.

Both cord cutting and stockpiling have their downsides. Cord cutting asks viewers to take more initiative to find their chosen texts. And it may be challenging to find everything you want. With stockpiling, the major drawback is spoilers. I have been able to minimize the impact of these downsides, however, and I consider myself a satisfied and agentic television consumer.

I would love to hear about others’ experiences. Have you cut the cord? If so, how is it working for you? If not, why the holdup?

Are you a stockpiler who has been able to avoid spoilers? Any tips or tricks to share?

3 thoughts on “The End of Paternalistic TV is Nigh”